Over time AIR will commission research to support the growth of the international retail sector on issues such as:

AIR will also be launching a quarterly insights product to inform supporters and policy makers of the current state of the sector.
On this page we have highlighted some key pieces of research of relevance to the international retail sector. 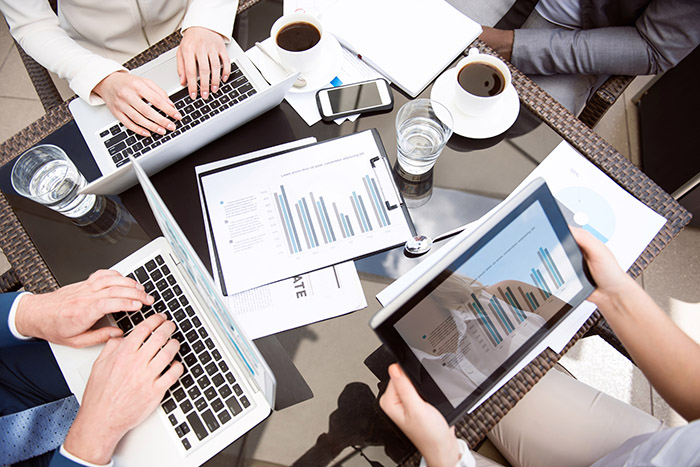 Britain is losing its position as the favoured destination for high spending international tourists to the EU after the government abolished tax-free shopping at the start of last year, according to a new study.

Global Blue, the tax-free shopping refund agency, compared the behaviour of Gulf state tourists in the EU in 2019 with their shopping habits last year. It found that about a fifth of those shopping in the bloc in 2021 had previously only shopped in the UK two years earlier, where they spent an annual average of €24,000 each.

Last year, their spending dropped to zero in the UK but reached €22,000 each in the EU. Close to a third of those shopping in the EU in 2021 had previously shopped in both continental Europe and the UK in 2019, but increased their average annual spending per person in the bloc by 40 per cent to €22,000 last year, the study found.

Paul Barnes, chief executive of the Association of International Retail (AIR), will use an appearance before MPs to reinforce the need to bring big spending tourists back to the UK.

“While domestic shoppers are returning strongly to the high street, we are seeing a noticeable absence of high spending international visitors that goes beyond the consequences of the pandemic,” he said ahead of the hearing by the House of Commons Digital, Culture, Media and Sport committee into promoting Britain abroad. “The Treasury must look again at its decision to abolish tax-free shopping,” he added.

How the UK became the sick man of European tourism

A spokesperson for the UK’s Association of International Retail told CNN that the axing of the scheme is predicted to lead to a drop of 38% in retail sales to non-EU visitors, compared to 2019 — a loss of £1.2 billion ($1.6 billion) to the economy.

But that’s not all. “There are also likely to be indirect losses as high-spending visitors travel to the UK less often and spend less time here, preferring instead to visit countries where they can buy goods for 20% less than in the UK,” they said.

Visitors from China and the Gulf Cooperation Council countries comprise 4% of visitors to the UK, but make around 60% of tax-free purchases.”

Research shows that over 50% of Chinese visitors and over 60% of visitors from the GCC would reduce the number of times they visit the UK and the length of time they spend here — as a direct result of ending tax-free shopping,” they said.

The Importance of Tax-Free Shopping to the UK economy, Jobs and Tax Revenues

You can read the December briefing here.

You can read the December briefing here.

You can read AIR’s response to HMT’s Mythbuster Note here.

You can see the Treasury’s Technical Note here,
and AIR’s response here.

You can read the long briefing here.

AIR sends letter to the Chancellor

You can see the AIR letter to the Chancellor signed by 21 senior CEOs across the UK, arranged by AIR here.

You can read these results here.

AIR's response to HMRC consultation on the future of tax free shopping.
May 2020.

Global Blue commissioned research into the economic impact of tax free shopping in the UK, suggesting that for every £1 the Government refunds it gains up to £1.90 in additional tax and savings.

AIR's response to HMRC consultation on the future of tax free shopping.
May 2020.

AIR has created a detailed plan for 'COVID-19 support for businesses reliant or partly on international visitors'.

The international visitor sector is vital for UK jobs and growth.

“25% of all expenditure by overseas visitors is on the UK’s high streets and in the country’s impressive range of department stores.”

VisitBritain has compiled an extensive research document into the importance of shopping on inbound tourism. Although some years out of date, this comprehensive report is extremely informative for the sector at large.

You can read this research here.

VisitBritain commissioned detailed research by Kantar on high net worth travellers from China, USA and the Gulf. Their research aims to better understand those customers who account for the highest spends during trips to the UK.

You can read this research here.

United Nations World Tourism Organisation publish regular updates on global tourism. In 2020 they forecast a growth of 3% to 4% in international tourist arrivals worldwide in 2020. Their website is full of helpful resources for the international retail industry.

You can read their publications here.

Walpole’s Economic Contribution to the UK, a 2019 report, offers excellent insight into the luxury retail industry. Walpole is the trade body for the British luxury retail sector.

The UK China Visa Alliance’s report looks at how the UK government can take practical steps to make it easier for Chinese people to get a UK and Schengen area visa. This would boost tourism and investment in the UK.

You can read their report here

Percentage of population who own a passport 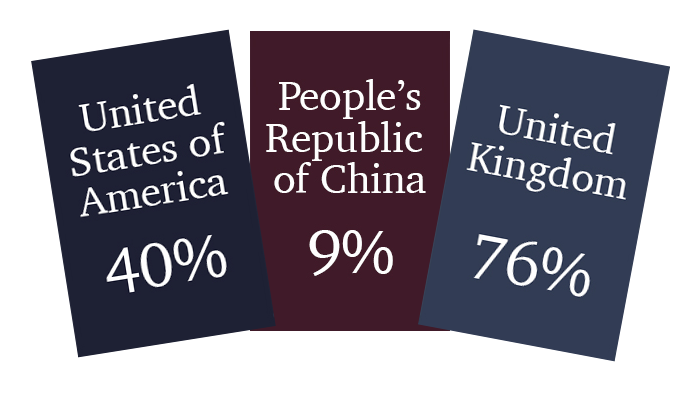 Bain & Company’s Luxury Study published in 2018 took a detailed look into the recent developments of the luxury goods industry globally. It highlights the growth of the Chinese tourism market, the younger consumer and changes to retail outlets globally.

Vistors to the UK

Marketing Manchester works to promote Greater Manchester as a place to visit, invest, do business, and study. Their Review 2019 document is full of helpful insights alongside key facts and figures that demonstrate the importance of international tourism to the Greater Manchester economy.

The Tourism Alliance’s 2019 UK tourism statistics report is very helpful for anyone with an interest in the sector. Its full of easy-to-read facts and figures that demonstrate the importance of this sector to the UK economy.

The House of Commons Library have produced their research summary of the UK inbound and outbound tourism industry. They have pulled together lots of important research from a wide variety of sources. 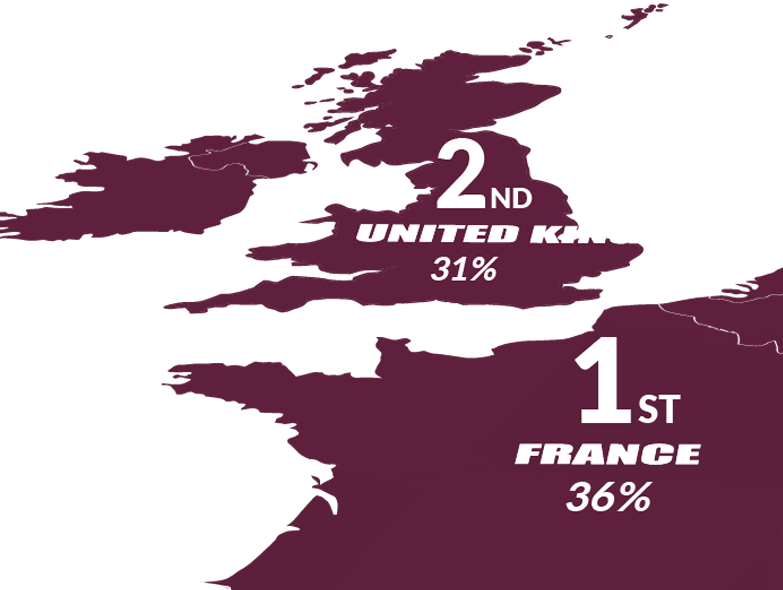 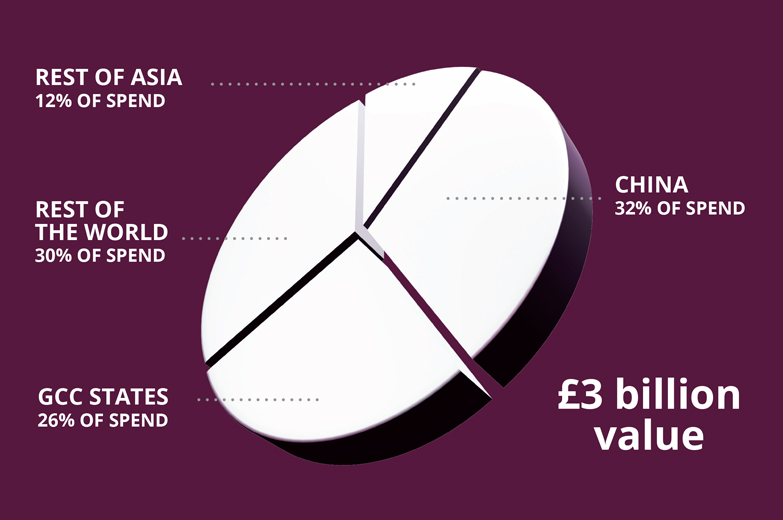 AIR's 2020 'Post-coronavirus retail recovery plan' is a detailed response to the current outbreak, and highlights 5 points to encourage Chinese visitors back to the UK once the virus has been beaten.

Oliver Wyman consultants have released a fascinating report on the changing preferences of Chinese tourists.

Global Blue commissioned research into the economic impact of tax free shopping in the UK, suggesting that for every £1 the Government refunds it gains up to £1.90 in additional tax and savings.

International retail makes a major contribution to the UK economy.

Rishi Sunak faces backlash from retail giants including Selfridges, Harrods and Marks & Spencer over plans to axe tax-free shopping that ‘will drive foreign shoppers to Paris’

Source: The Mail on Sunday

In response to this, Paul Barnes, CEO of The Association of International Retail said: “Covid-19 is financially impacting many sectors, but none more so – and none will suffer for as long – as those dependent on international visitors.  We are pleased that our campaign for greater flexibility around part-time furloughing has been successful so far, but we’re concerned that the Government’s support may stop abruptly in October, before overseas visitors return in meaningful numbers.  Cutting the cord too soon will not just be catastrophic for retailers, theatres, hotels and their associated businesses – its cumulative effect will risk London and the UK’s position as a leading global destination.  We await further detail later this month and will continue to campaign for the support needed by the international retail sector, otherwise we risk seeing some of our historic businesses shutting up shop for good.” 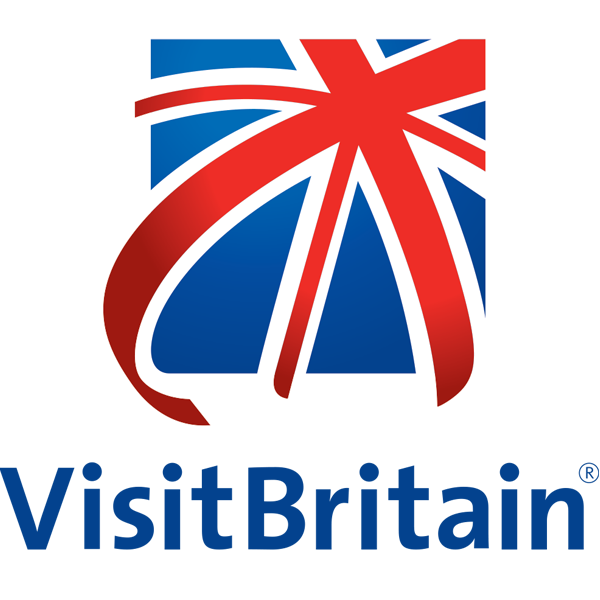 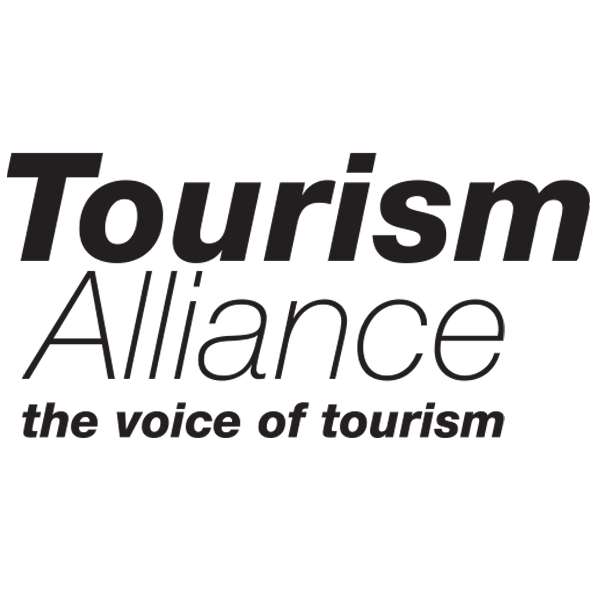 The Tourism Alliance works to promote all businesses involved in the delivery of tourism, particularly in England. 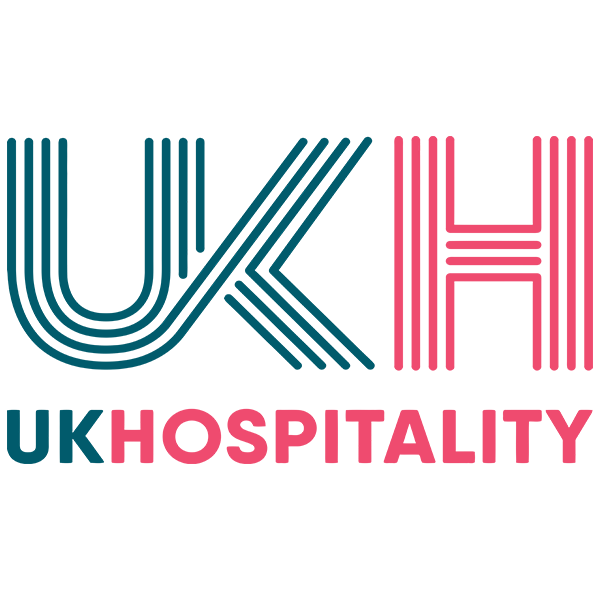 The leading hospitality trade association in the UK. 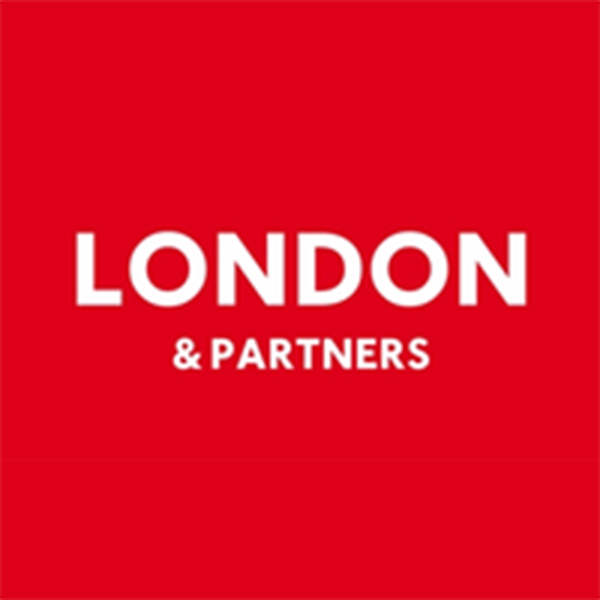 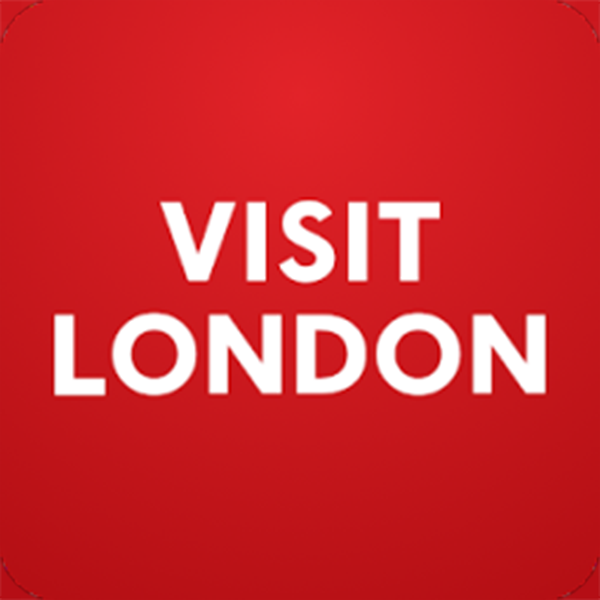 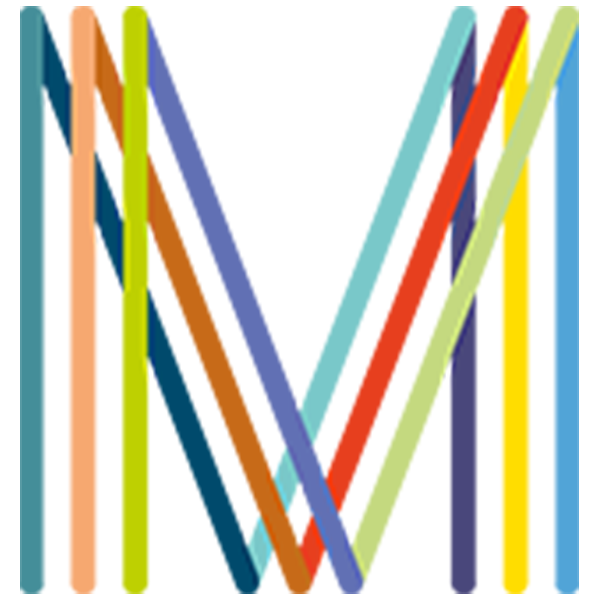 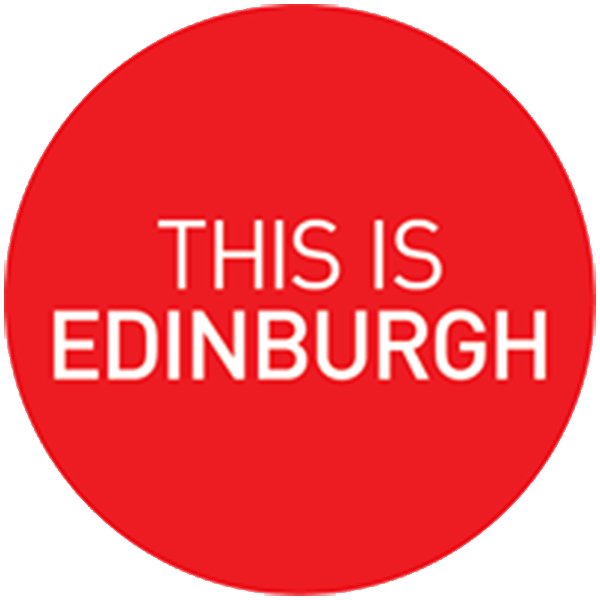 The official tourist board for Edinburgh. 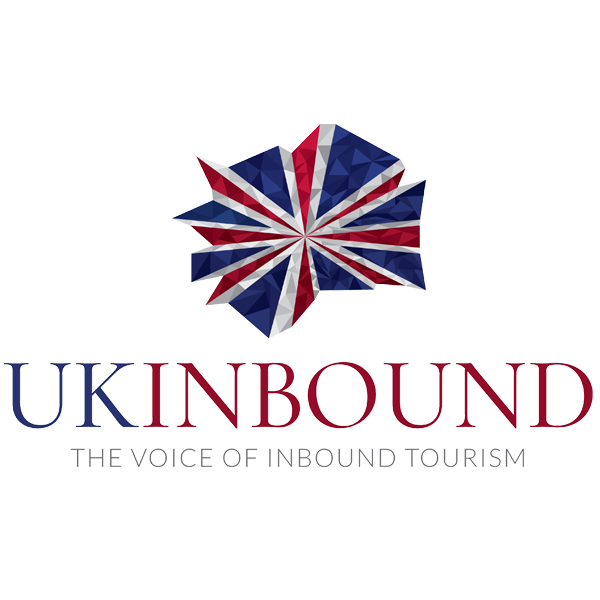 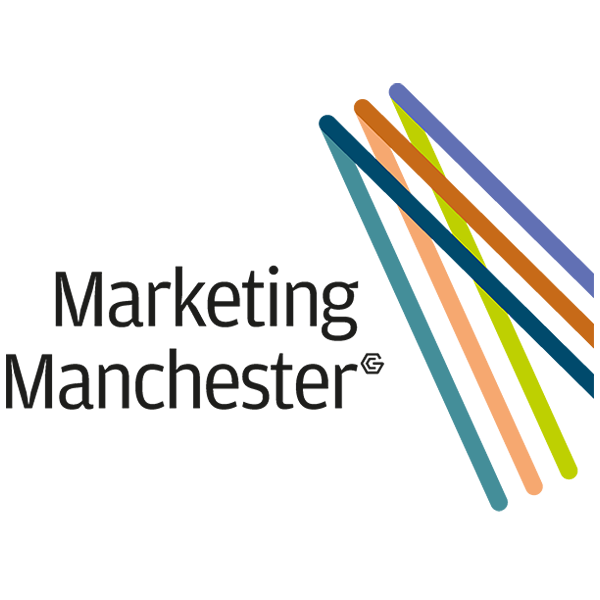 Marketing Manchester is the agency charged with promoting Greater Manchester on the national and international stage. 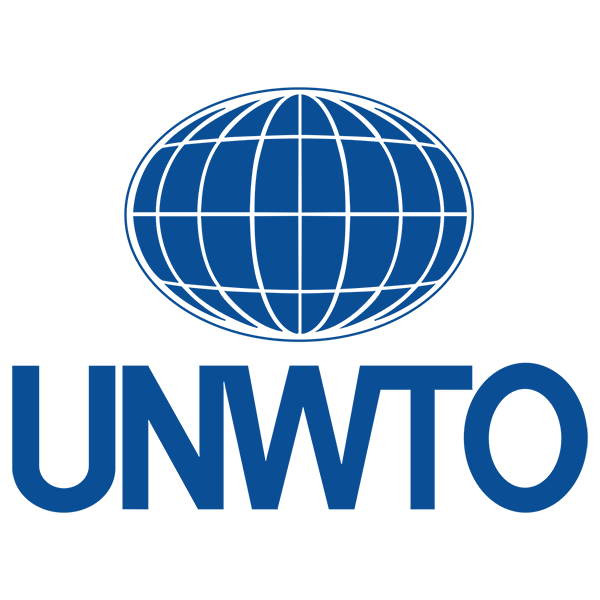 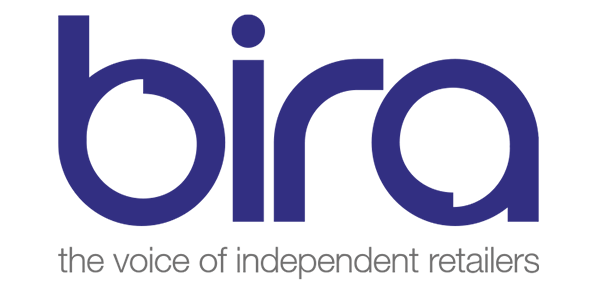 The trade association for independent retailers. 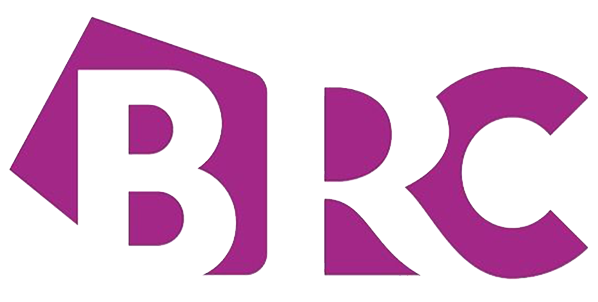 The trade association for all UK retailers. 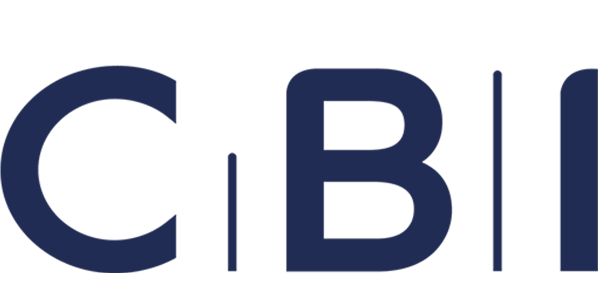 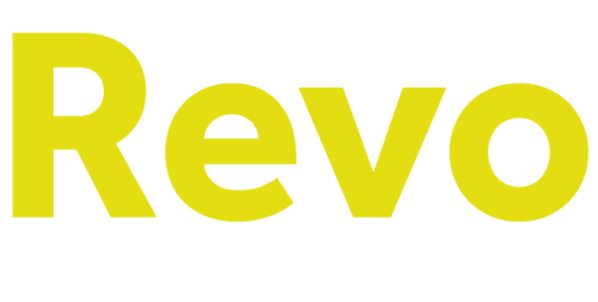 Revo supports the people and businesses involved in the diverse world of retail property.

The official sector body for over 250 of the UK's finest luxury brands.